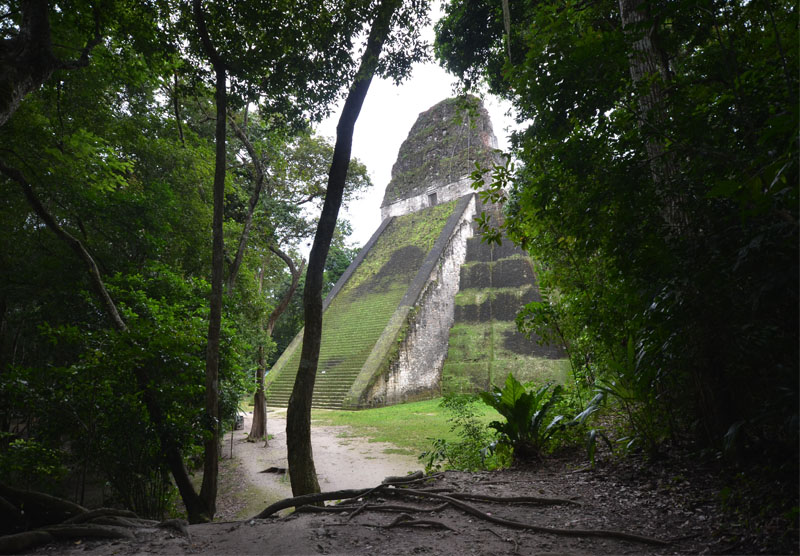 Picture this – You’re walking through a thick humid jungle, a very muddy walking track surrounded by spiders, and best of all, having mosquitoes snapping at your heels.

These are all part of the wonderful little presents which await you on your arrival to Tikal.

If that’s the case, why would you willingly want to expose yourself to this sort of treatment?

Well, Tikal is one of the most highly regarded UNESCO World Heritage listed sites in Central America, let alone Guatemala.  The experience offered from Tikal compared to other Mayan sites like Chichen Itza, is that of immersion.

The ruins allow you take on the role of an archaeological adventurer and explore the site on your own, without having hordes of tourist in toe. 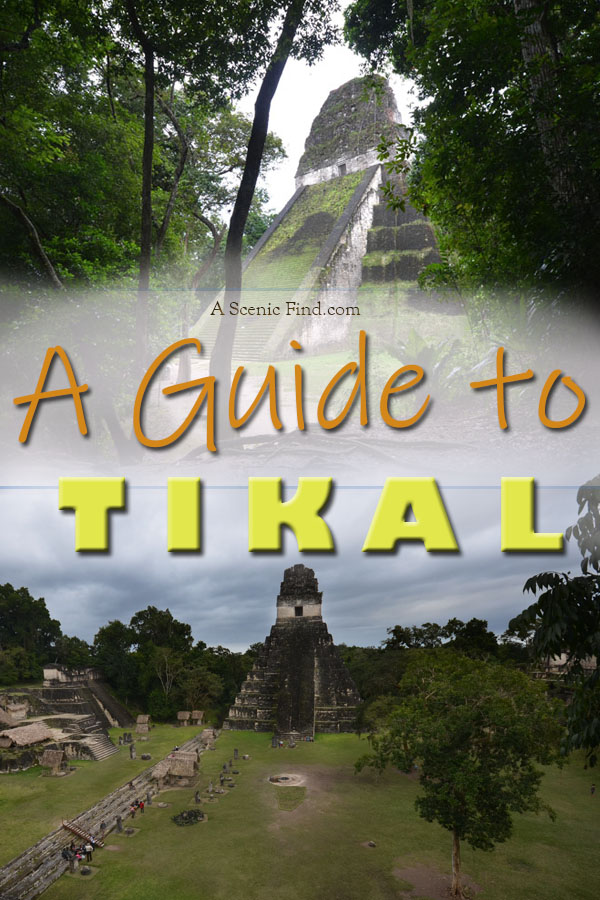 Tikal is the sort of place which allows your childhood curiosity of exploring to come back to life by providing you with the perfect set of ingredients to do so, ancient ruins, an almost isolated jungle, mud, and not to mention the opportunity to become an Indiana Jones type.

So bring your walking boots, some water, and perhaps a change of pants (for the chance of slipping, not whatever you were thinking) and let’s take a look at what Tikal has to offer! 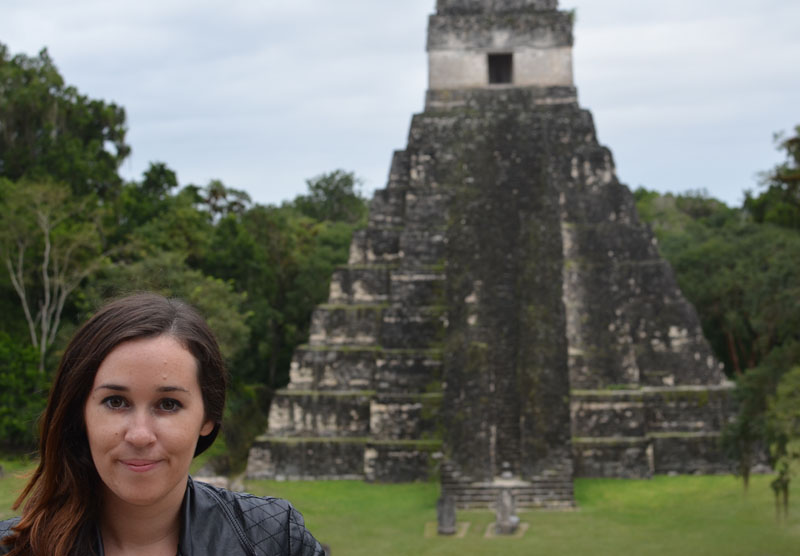 Much like many of the Mayan ruins in Central America, Tikal was once covered in lush jungle the actual whereabouts of the ruins were unknown.

Knowledge of a ruins had circulated amongst the locals for years, but it wasn’t until 1848 when it was discovered by Modesto Méndez and Ambrosio Tut that Tikal began to be mapped.

Tikal experienced it’s greatest portion of activity between  200 – 900AD, with speculation of the decline of Tikal arising due to a drop in population and the site being conquered by the very bad-arse Teotihuacan empire in 4th century AD. The site of Tikal includes tombs, monuments, temples and palaces.

The site is Guatemala´s most famous, and most visited Mayan ruins at this moment. The reason I say at this moment, is that there could potentially be another undiscovered Tikal like ruins in the Guatemalan jungle.

Due to sheer thickness of the surrounding jungle, it is hard to definitively say whether or not there is another site in the area *cue mystery sound effects*.

Tikal is situated in the top right corner of Guatemala, and is nestled in the middle of the jungle close to the Mexican and Belizean borders.

Most tour companies in the area offer a day trip to the ruins, so organizing transport to and from the ruins isn’t a problem.  Since Guatemala is a Spanish speaking country the large majority of tour companies will only speak Spanish, but depending on the town in which you try and book, there may be an English speaking salesperson available if your Spanish isn’t that great.

As Tikal is such a major attraction in the region, tour companies in Mexico and Belize do make day trip to the ruins, but I would highly recommend staying somewhere close to the ruins like Flores in Guatemala, as it would drastically cut down on travel time to the ruins.

Besides the town of Flores is full of men staring thoughtfully off into the distance which gives you plenty of cheesy photo opportunities. 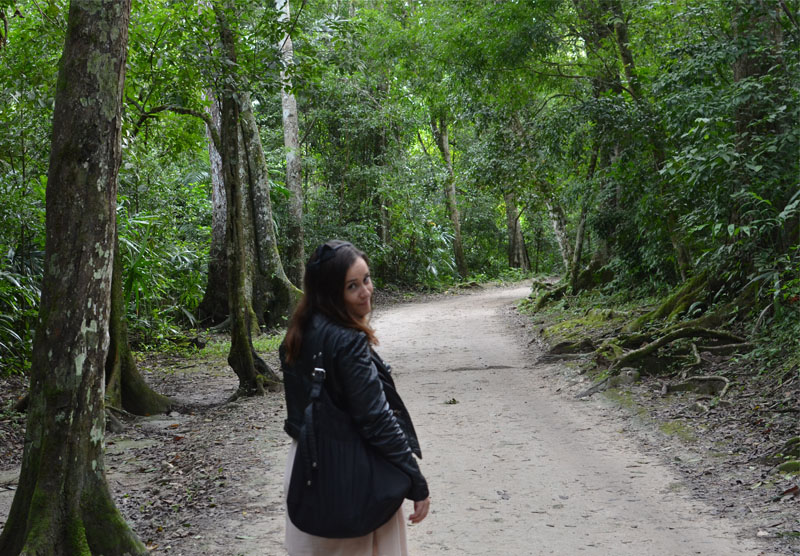 I chose the option of sunset and left Flores around 12:30pm. From Flores it is roughly a 2 hour drive.

A side note, if you do take the option of visiting Tikal for sunrise, just be prepared on how dark it will be, because unless you have vision like an owl a flash light will be a necessity.  There is also the possibility of getting lost, along with a great chance of getting just a little muddy if your viewing Tikal at sunrise. 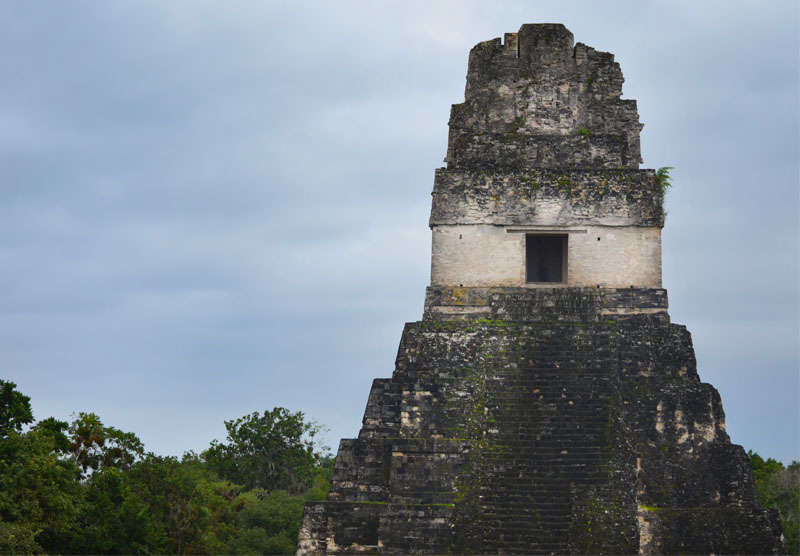 We arrived at the ruins around 2:30pm, and I would recommend to bring plenty of snacks as you will be burning quite a bit of energy. There is a very small shop available close to the entry of the park to purchase food and drinks, but it is only snacks like potato chips and soft drinks.

There is a restaurant, but when we arrived it was closed, and looked as if it hadn’t have been opened for quite some time. So if you were hoping of having a nice candle lit dinner for two overlooking Tikal, unfortunately that doesn’t look to be happening.

Though as a compromise you could use a flash light and share a small packet of chips. Taking into consideration Tikal’s fame, the amount of persons visiting the site during our visit was quite small. This could be due to the locations seclusion.

Additionally due to the large size of the site and the distance separating some of the surrounding structures to the main structure, I rarely saw another person on the walking trail. So if you dislike large crowds at attractions, this will suit you quite well. 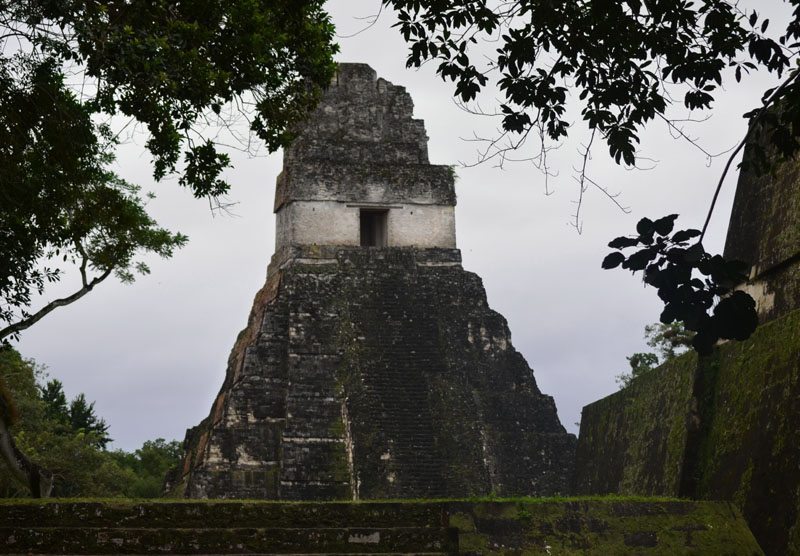 Unlike Chichen Itza where you are prohibited from climbing the structures, in Tikal you are allowed, and this adds to the overall experience. Combining this cool little feature with the Bear Grylls style mud trek, it really begins to give Tikal its own unique character.

The appeal of Tikal is the fact that it allows you to get your hands a little dirty. I like to think of Tikal as a bit of a playground for adults, there are no slides or swings, but instead there are muddy walking paths and dark mossy overrun ruins.

It provides enough ingredients for you to be a little bit of a kid for the day.

The treks within Tikal are not overly exerting, but it will be enough to bring up a sweat. I highly recommend a pair of good walking shoes, as flip-flops while possible to trek and walk in, will ruin the experience just a little due to the amount of mud.

When walking at a brisk pace it should only take 30 minutes to  reach the main structure, however there is more to Tikal than just the main courtyard, with plenty of surrounding structures to be seen.

The surrounding structures include walkable ruins with tunnels, and a smaller structure which is similar to Chichen Itza in appearance. 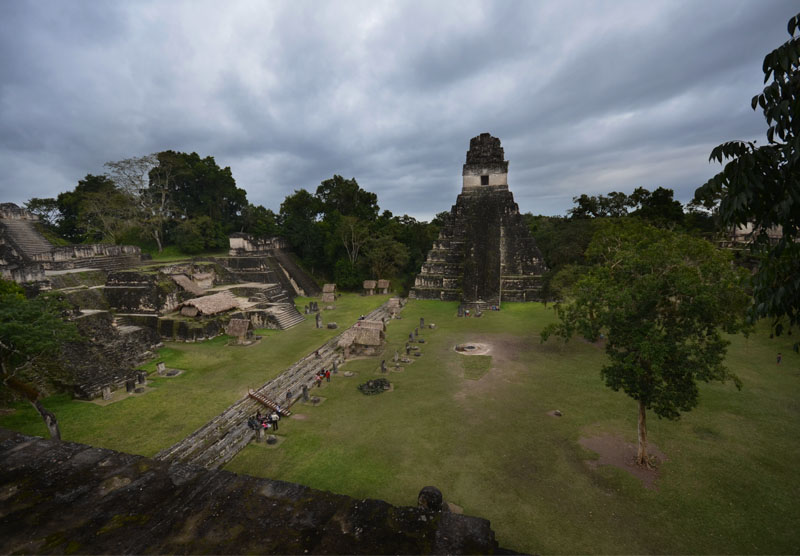 In regards to the walkable ruins they have a sort of catacomb feel to them, crossed with a distinct ruins in a Thai jungle flavour. Very unusual, but very cool at the same time. Another of the surrounding structures on the way to the main courtyard, is one which is raised on a small hill.

This structure is very similar in appearance to Chichen Itza, and comes across as a smaller version of the aforementioned site. This structure was also one of the sites the Mayans used for ceremonial rituals.

After exploring all the surrounding structures it will be time to finally view the main courtyard. This is the point of Tikal where the majority of tourist have gathered, with many deciding to have a break and something to eat here.

It’s a good idea to sit down, chill, and enjoy the magnificent Mayan structures which surround you.

By taking a moment you can try and visualize what sort of rituals would have taken place here, or what would have been going through the minds of the first European explorers to view this site.

A cool little trick to note when visiting any Mayan site, is that due to the way the structures were designed, if you stand roughly 20 meters away the foot of the structure and clap, the clapping will be intensified.

The sound of the clap travels to the top of the structure and reverberates, which in short creates a sound which is not too far dissimilar from that of a dull jaguar call. It’s quite cool to check out.

My War Against Pants 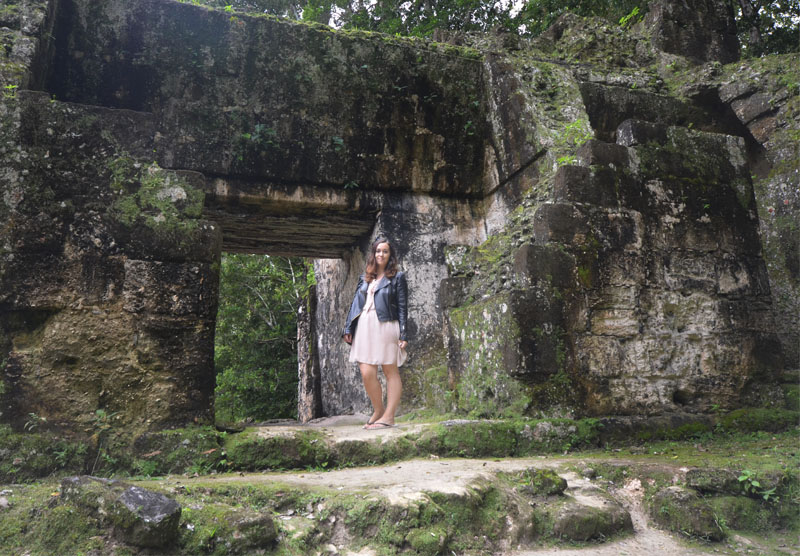 Even more mysterious than the ruins of Tikal is my aversion to appropriate clothing and footwear. I decided that Tikal appropriate attire included a nice flowy dress, a leather jacket …. and flipflops.

And how did I go you ask?

Have you been to Tikal or any of the other ruins in Guatemala? What did you think? Would you like to visit? Any guesses on how many times Lexi’s dress nearly blew up on the way up the ruins? 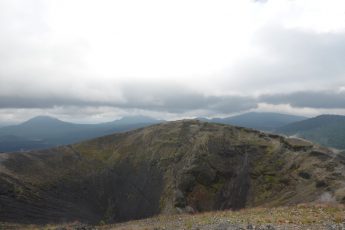 Volcan Paricutin: You're Hiking In What? 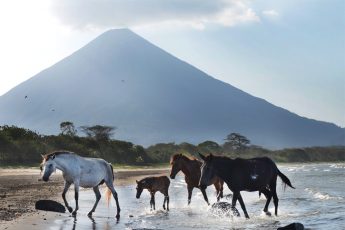