Volcan Paricutin: You’re Hiking In What? 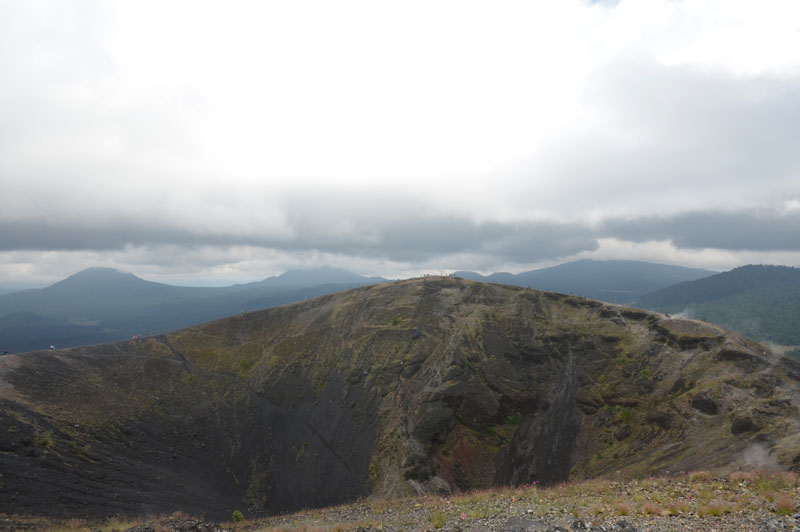 Word of advice –  don’t try to climb a rocky volcano face wearing a dress, a long thick red jacket, and with the outfit topped off with a ridiculously large handbag.Because if you do there is a strong chance you will have a bad time. I’m looking at myself ofcourse.

Strike another one up for me and my constant battle of wearing inappropriate clothing. 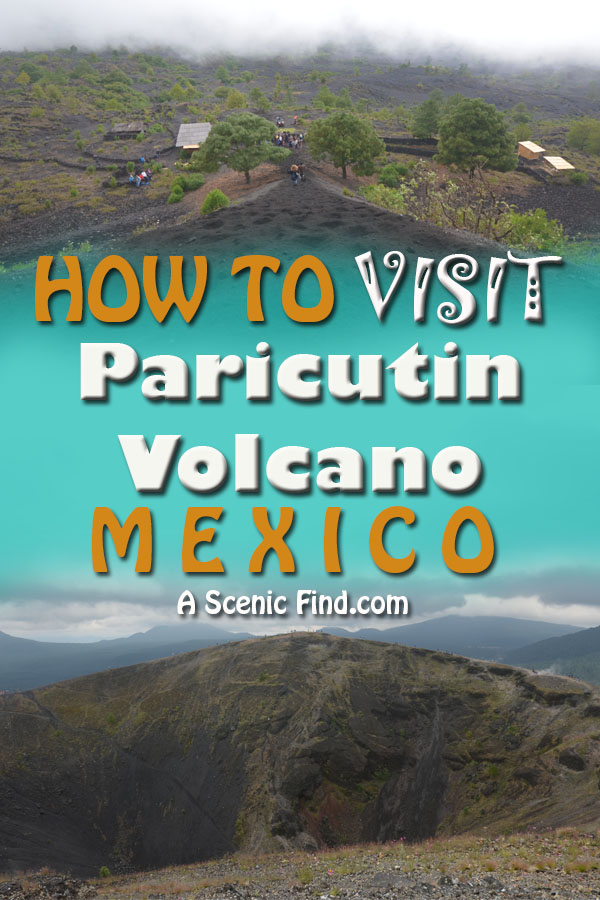 Particutin Volcano  isn’t too hard of a climb, or that time consuming either, roughly  1.5 hours in total (1 hour climbing, 30 minutes descending), but wearing semi-appropriate attire is a must!

Climbing Volcan Paricutin (or Paricutin Volcano) was one of my favorite things to do in Mexico. This is all simply due to the fact that you can slide down the volcano on your way down which is actually encouraged. 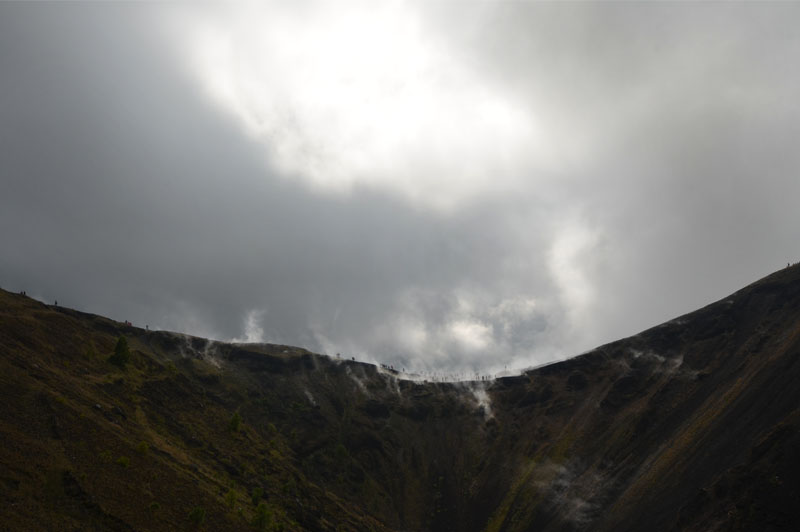 Climbing to the top takes around 45 mins to 1 hour, but coming down is only 10 – 25 mins. The fun comes when you’re sliding down and jumping, or pretending to ski down the side of the volcano. It really is an opportunity to let go and have some fun. 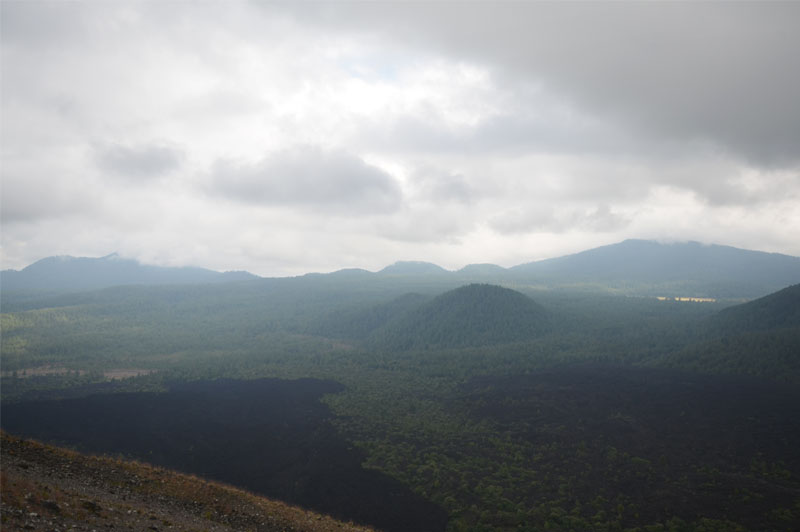 The views offered by the volcano are amazing. Once at the top all those who are incredibly unfit will be beginning to realize that the small sacrifice of having a sweat soaked shirt were totally worth it.

If you bring an SLR you will be given some amazing photo opportunities of the landscape and volcano crater. The view is picturesque, and could easily work as a proposal site. Just be careful with it while going down the volcano.

Now a slight word of warning when climbing down and that is that it can become a little dangerous if you pick up too much speed as you may roll down the volcano uncontrollably for a short period.

If you begin to pick up too much momentum, which is very likely, it becomes rather hard to stop yourself. It becomes a snowball effect with a tipping point.

The main problem with this is that the path is littered with rocks of the size of baseballs.  If you happen to roll down the volcano uncontrollably there is the chance your head could hit one of the rocks and cause a serious injury due to the speed at which you’ll be rolling. The chance of this occurring is low, but I feel obliged to mention it. 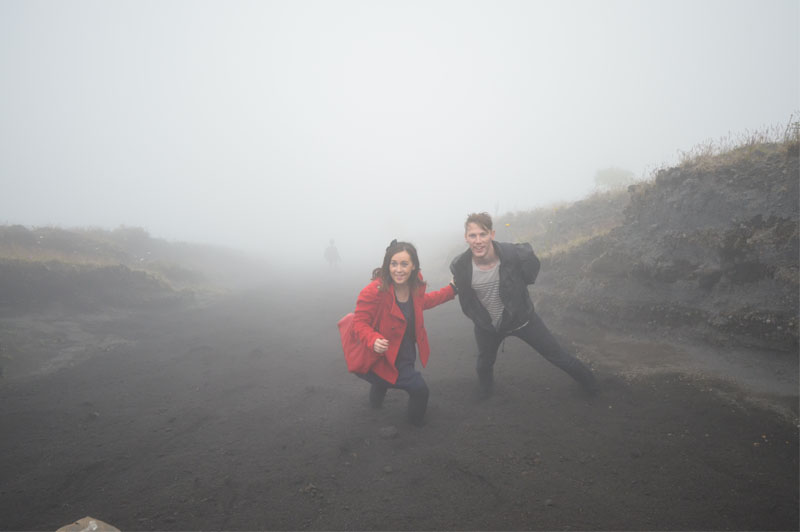 Now I’ll give you some quick info on Volcan Paricutin which makes it rather interesting.

Volcan Particutin was recently listed as one of the Seven Natural Wonders of the World in a list compiled by CNN. What makes this volcano so special you ask? Well… it is the first volcano to have its entire life cycle to be witnessed, documented, and recorded by scientist.

The volcano only began to form in 1943, before that it was simply non-existent. The story is that the volcano formed on a corn field belonging to a farmer by the name of Dionisio Pulido , when one day he was attending his crops with his family when the earth began to shake, fissures in the earth formed, while a mound of dirt gradually increased in size.

Knowing this little information makes visiting this fascinating volcano which looks like the old science experiments that you would create as a child all that more exciting.

During 1943 to 1952 the volcano was at its most active peak, causing earthquakes, erupting and spewing out columns of ash and smoke, and the all cool aspect of any volcano, erupting lava.

As a result of this activity it gave the volcano the perfect crater you see when you climb atop. While the volcano is considered dormant as of today, the volcano still produces visible gas from its vents and crater which is noticeable when climbing.

There is even still a slight smell of rotten eggs in the area, which becomes stronger towards the top.

For those of you who want to impress others in games of trivia in the future, that smell is created by hydrogen sulphide. You’re welcome. 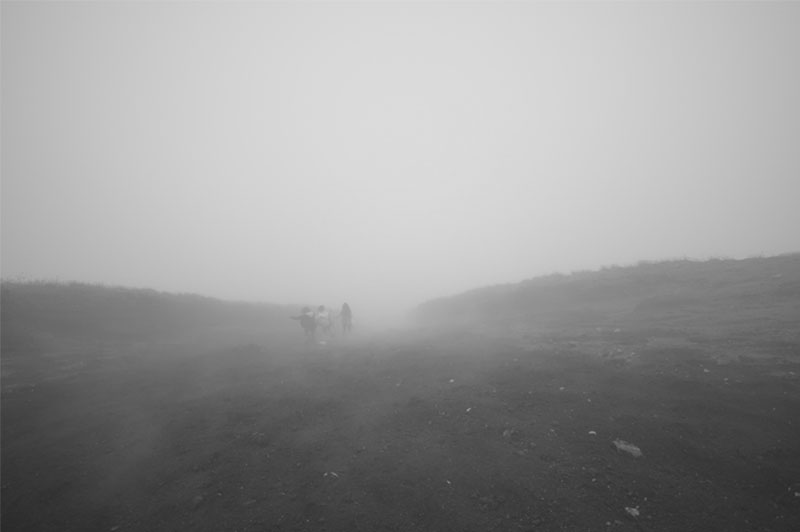 If you’re impressed by all this information on Particutin volcano, love the idea of sliding down the volcano like a mad man, and have seen the pictures of the volcano and desire more, than perhaps knowing where and how to get there may interest you.

Particutin is situated in the state of Michoacan in Mexico, roughly 1 hour 30 minutes from Uruapan and 2 hours and 30 minutes from Michoacan City. I arrived to the volcano via an organized tour, which besides from having to share the experience with others wasn’t that bad as we didn’t need to organize transport which can be tricky. 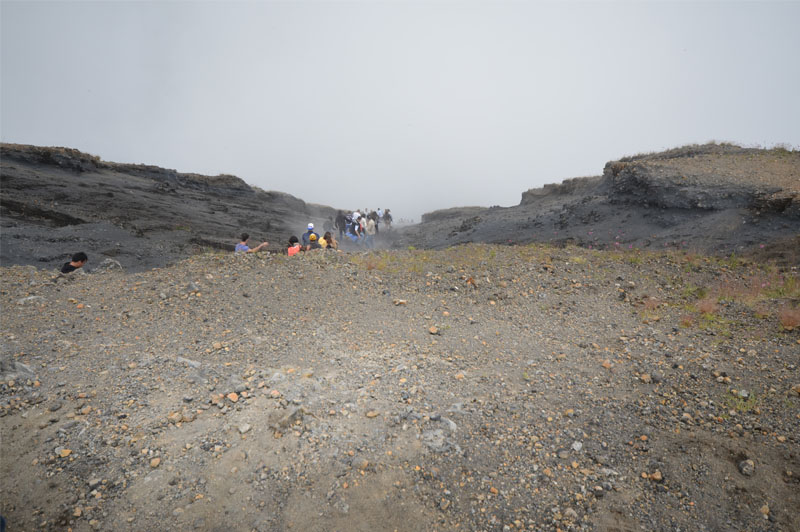 With the best mode of transport being a SUV/4WD. Because of the terrain leading to the volcano being a little hard to handle for some cars, some taxi driver may turn down the trip even though it may be a high fare.

Disclaimer: Volcan Paricutin is located in Michoacan, an area which at the time of writing has been deemed dangerous due to numerous reasons. We visited the site with a large group at one of the few times it was deemed safe, during a national holiday in which there was a heavy police presence. Please do your research before visiting the area as things could get better or worse in this area in the future. 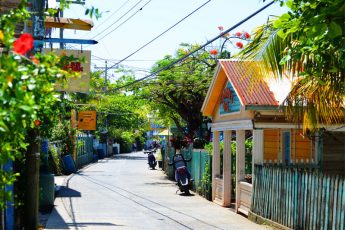 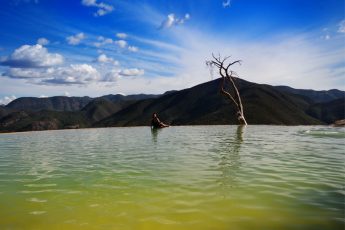 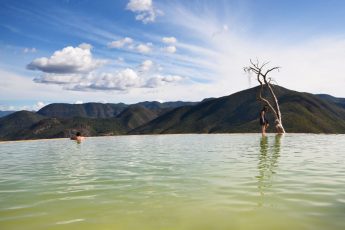