See Bogota From Above: Mount Monserrate

I have to admit that as much as I began to love Bogota, the city did not seem to like me. For our entire stay in the city I was plagued by light altitude sickness.

While my friend wandered the streets with a skip in their step I struggled to walk as the world swirled around me with each stride. My friend spent their first two days exploring and taking photographs while I stayed in our studio room escaping only to buy enormous slices of pizza at random intervals.

So what were we to do, nearing the end of our stay in the city with no sign of the sickness disappearing? We grabbed some altitude sickness medicine the night before and headed off to the highest point of the city, the lookout on Mount Monserrate. 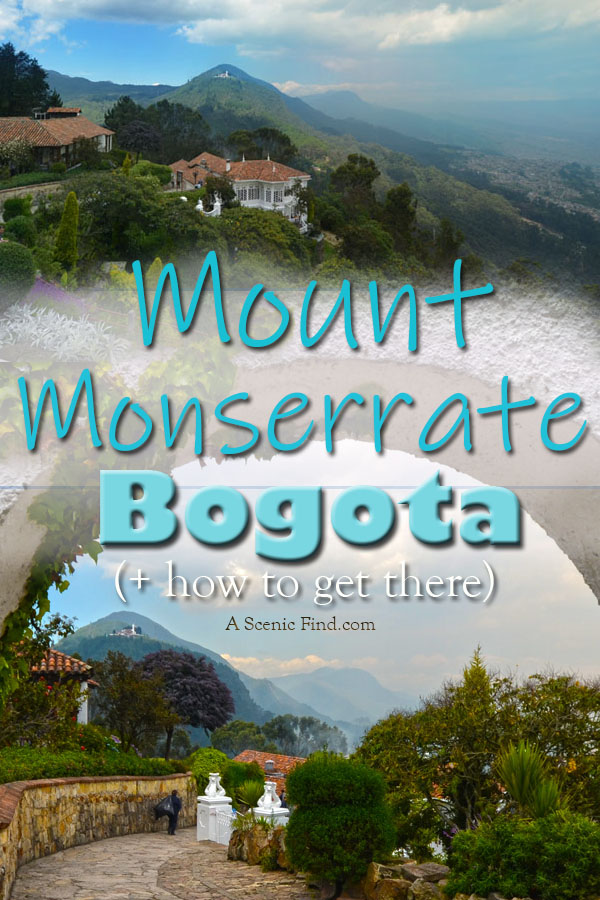 Quick Info: Mount Monserrate is a mountain found near the city centre of Bogota which serves as a look out over the modern city. The mountain stands at over 3000 metres above sea level is considered a must do for tourists, locals and for religious pilgrimages. Mount Monserrate is one of the best things to do in Bogota. 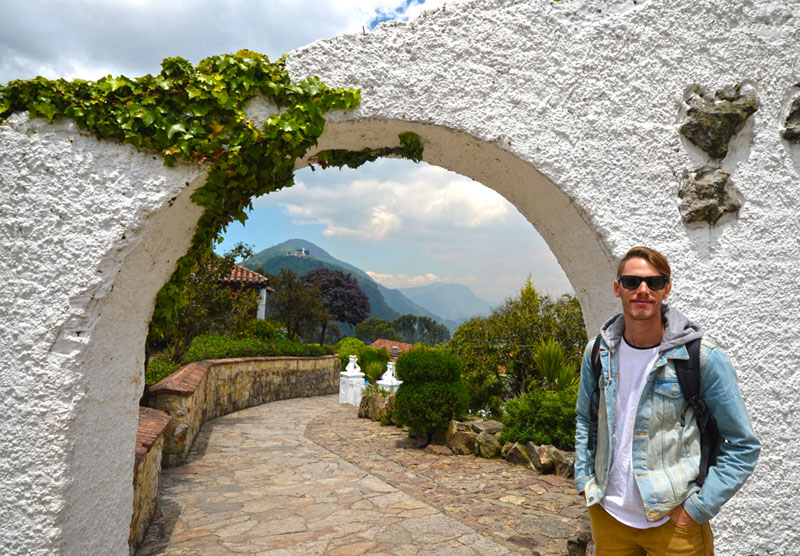 I don’t want to use the word lazy, but being “less than active” I wasn’t too much of a fan for the uphill slug to the entrance of the gondola. But once we arrived the hill was quickly forgotten as we gazed upwards at our destination.

Even though we arrived before the first shuttle a line was already beginning to form outside the ticket booth. We quickly grabbed our tickets, found ourselves a spot in the line and waited for our turn to step into the gondola.

The ride was quite enjoyable as we were able to watch the surroundings get smaller and smaller below us as we whizzed our way towards the mountain.

Once on the mountain we realized that this spot was more than a lookout, it was also a beautiful garden and some sort of ode to Christ. Not being religious the godly aspect of the gardens were lost on us but if you are you would probably enjoy seeing the statues and captions as you zigzagged your way up the path to reach the top. 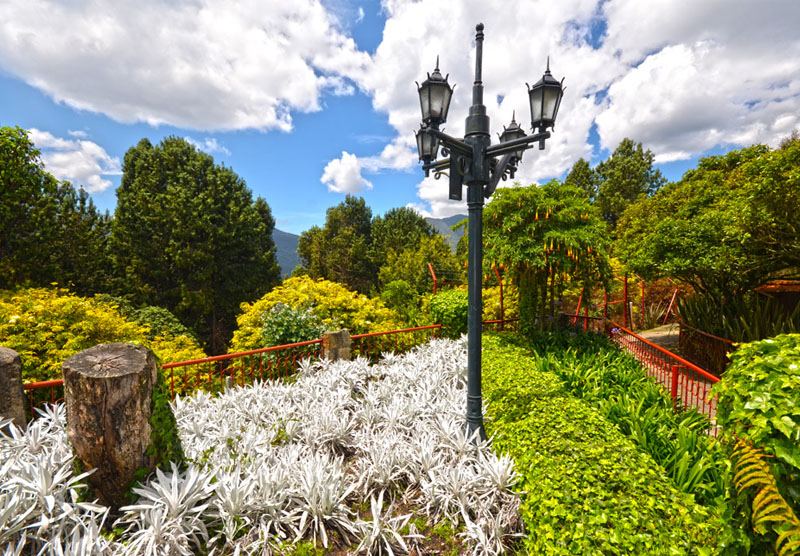 The views from the pathways were beautiful and the walk was littered with beautiful, colourful flowers. It was a steep walk at some points but before we knew it we were at the very top of the hill.

We spent the next hour or so wandering through the site taking far too many photographs and stopping for a bite to eat in the café.

Once we decided to catch the gondola back down we were talking excitedly about the wonderful view when Steven caught something out of the corner of his eye.

I must explain that I have some sort of weird obsession with Llamas, okay not just with llamas but that’s a tale for another time. My friend had been teasing me earlier on in our stay in Bogota as while they were out taking photographs the previous day they had run into about 5 of them. Ofcourse they broke the news to me gently, and by gently I mean they rubbed it in my face.

However here we were standing a couple of metres away from one of them and there was no way I would miss my opportunity for the second time. We immediately swarmed the Llama’s companion and asked if we could take a picture, he not only obliged but told me to hop on.

We took far too many pictures and then skipped off down the hill back to the city centre (okay I skipped, my friend walked). We spent the journey home chattering, me giddy with excitement (I mean, come on I now have llama photos) and create far more inside llama photo jokes than I could ever explain in one post.

Do you ever have one of those days when you’re travelling when you just have a great day? I mean, of course most days spent travelling are great but this was definitely one of my highlights.

But one thing I’ve learned from long term travel is that sometimes seeing something new every day doesn’t give you the same buzz as you did when you started your trip and you begin to get highs from other aspects of your day.

Sometimes a chance encounter, a beautiful view or hilarious inside joke can be more exciting than entering a new city for the first time. 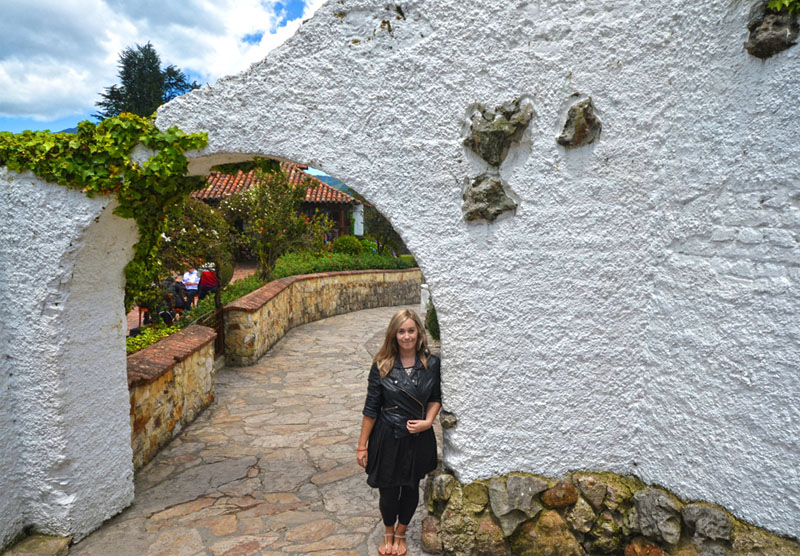 How To Get There: Directions are a little hard to explain but the area is well sign posted, still you should seek out a tourist map or directions from your hostel / hotel or a tourist information centre.

Cost of Tickets: 14,000 pesos (prices may change), prices are cheaper on Sundays though. See this website for times and other information.

Top Tip: Get there early and aim for the first ride of the morning.

If you liked this post please pin, stumble or share it to your favourite social media networks.