The Most Scenic Things to do in Sabah | Sabah Attractions 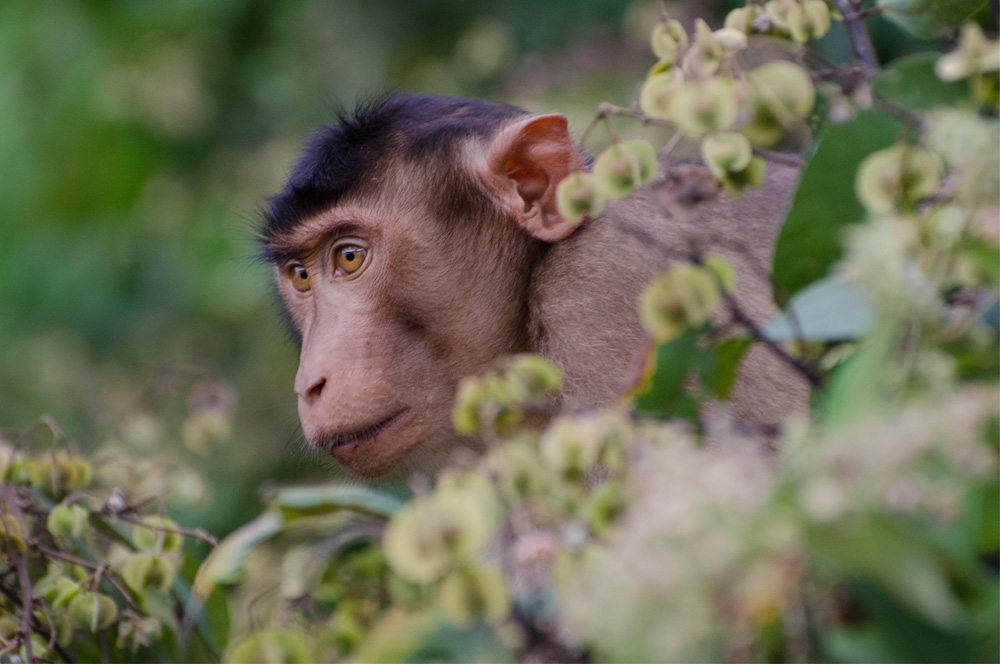 There are so many fun, adventurous and relaxing things to do in Sabah, the Malaysia half of Borneo. The island has a diverse landscape and you can experience both the jungle, city life and the ocean while you’re here.

Read on to find out more about these attractions and what other things you can do in Sabah. You can also find more ideas on what to do in Kota Kinabalu here. 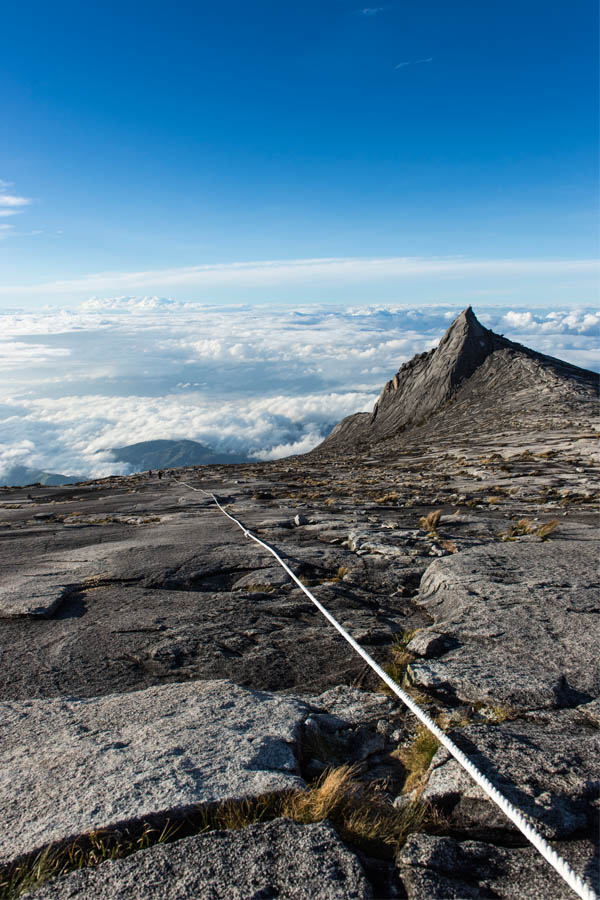 Reaching an impressive 4,095 meters, Mount Kinabalu is Malaysia’s highest peak and Sabah’s most sacred natural attraction. The 2-day climb up the sacred mountain to watch the sun rise from the peak is an unforgettable experience.

Along the way, be on the lookout for the changing landscapes, wildlife and flowers. Hikers who wish to climb the mountain have to join an organised tour.

Its diet comprises of leaves, fruit, shoots and fungi and the best time to see it is at night. This is when the little creature is out foraging for food. 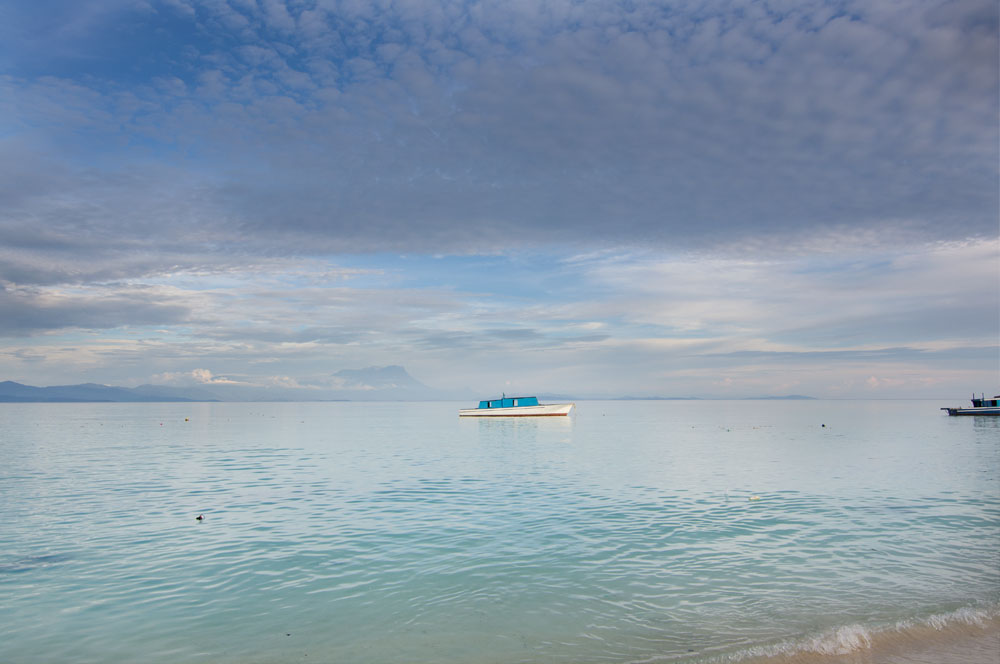 Pulau Tiga is the Sabah island which hosted the first season of the famous “Survivor” TV show. Located in the South China Sea, close to Kota Kinabalu, Pulau Tiga is the epitome of a desert island. It comprises of a small archipelago made up of the main island, along with Kalampunian Besar and Kalampunian Damit.

Go to the beautiful pristine island to enjoy the seclusion and see a rare mud volcano. Visitors can also go snorkelling, scuba diving or simply relax on a hammock while enjoying the sea breeze.

Go on a river cruise in Kota Belud to see the dancing fireflies. You can see the fireflies after watching the sunset on a beach during a proboscis monkey evening cruise. The amazing phenomenon of the fireflies is how they are able to signal each other and synchronize their illumination.

One moment there’s complete darkness, and then suddenly the fireflies all light up at the same time. 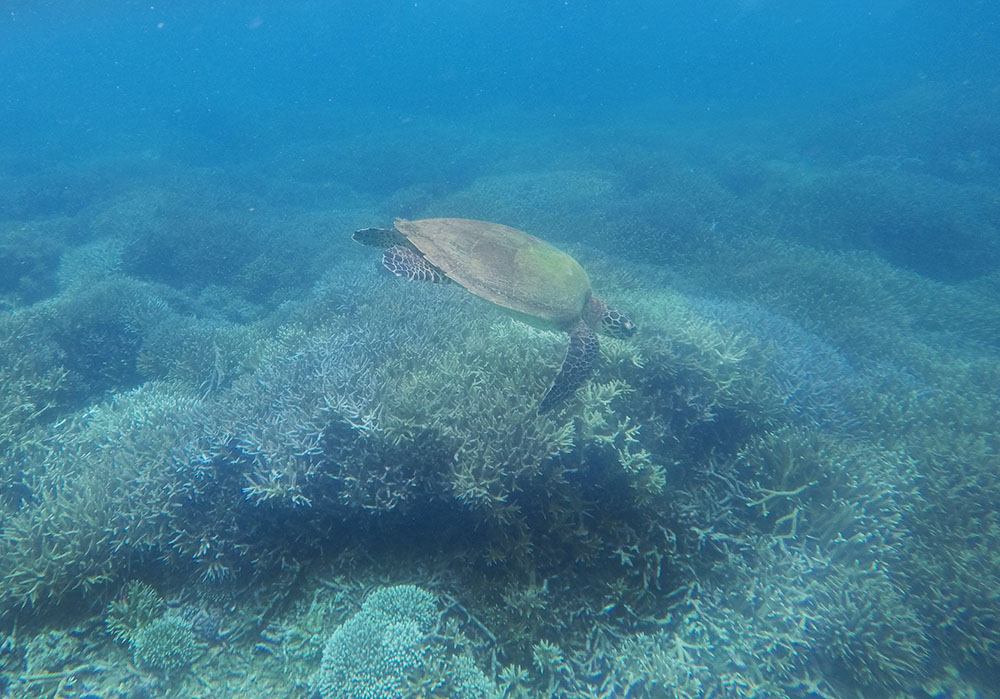 The 5 islands of the Tunku Abdul Rahman National Park boast an impressive diversity of colourful corals and marine animals. Visitors can enjoy clean beaches and crystal clear waters that create optimal snorkelling conditions. The islands of Gaya, Sapi, Manukan, Sulug and Mamutik can all be accessed from Kota Kinabalu via speedboat.

Of the five, Manukan Island is the most popular for lovely beaches and snorkelling. Head to Gaya for some light jungle trekking and to see a floating village.

Kota Kinabalu is the biggest and most cosmopolitan city in Sabah. The main stretch of the city is Gaya Street which is popular for its bustling restaurants. From here, you can visit the Floating Mosque or stroll along Likas Bay.

Visitors can also climb the hills to the Signal Hill Observatory Platform, which is the highest point in Kota Kinabalu. From here you can soak up panoramic vistas of the city and outlying islands dotting the coast. 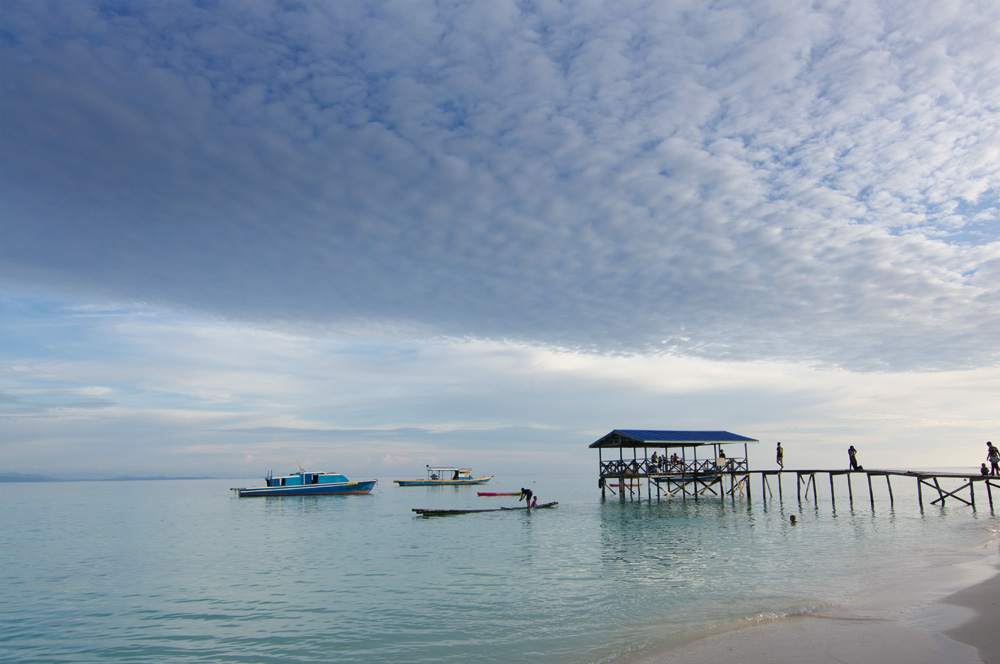 Not too far away from the Tunku Abdul Marine Park is Mantanani island, which has a resort that you can stay at. The highlights of the island include snorkeling, spotting bio-luminescence plankton and wandering along the quiet beaches.

Mantanani is a little further away from Kota Kinabalu and difficult to do independently as a day trip, hence you’ll only have the other guests of the resort as your company. Most of the tourists to this island are Chinese who don’t tend to swim alone, so you’ll have the beaches very much to yourself here outside of the free snorkeling tour.

Sepilok was the first rehabilitation centre for young and orphaned orang-utans. The centre takes in young primates that are unable to fend for themselves in the wild. It then trains them to survive on their own.

Visitors to the centre can go along the boardwalk to the viewing platform to see the orang-utans. Coincide your visit with feeding time when rangers give the animals milk and bananas. 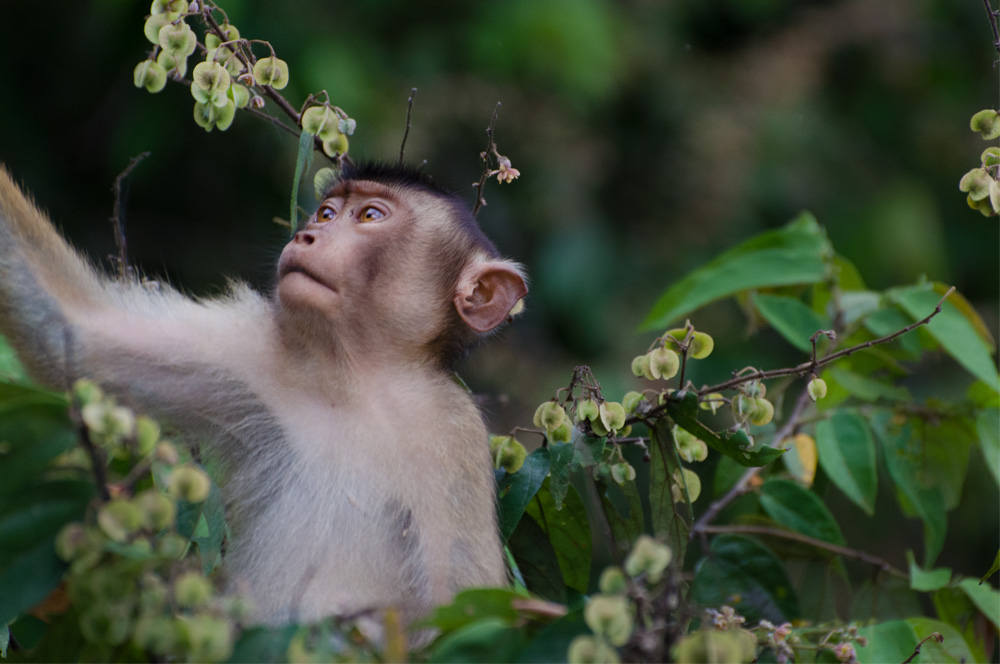 Go on a river cruise on the Kinabatangan River, the longest river in Borneo, and see wild proboscis monkeys. The endangered primates are distinct for their long red nose and pot belly. They are endemic to Borneo and reside in large communities in the trees along the riverbanks. If you’re lucky, you may also spot pygmy elephants, crocodiles and hornbills.

For your tour, be sure to book a chalet or bungalow for an overnight stay along Kinabatangan River.

Stand at the Tip of Borneo

The Tip of Borneo is situated at the island’s northernmost point in the small town of Kudat. Visitors can enjoy the views while standing at the convergence of the South China Sea and Sulu Sea.

You can also take amazing photos of the rocky outcrops with waves splashing roughly against the cliffs. You are bound to enjoy the glorious sunset, scenic countryside, open seas and sandy beaches.

Experience the Jungle at Danum Valley 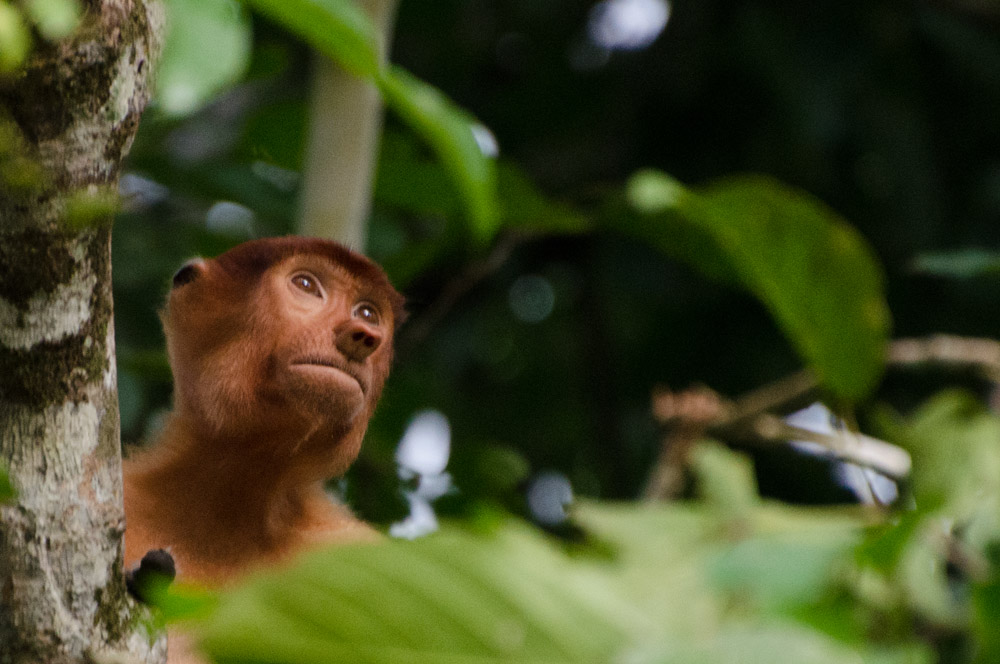 Borneo is home to the oldest rainforests in the world, representing the highest biodiversity density on the planet. For millennia, the rainforests of Sabah have provided habitats to thousands of rare and endangered animal and plant species. Located to the east of Sabah near Lahad Datu, Danum Valley offers the ultimate jungle experience.

Visitors can go on guided treks through the virgin rainforest, or enjoy canopy walks and night safaris. You can also learn more about conservation and spot pygmy elephants, clouded leopards, proboscis monkeys and wild orang-utans.

Situated next door to the Orang-utan Rehabilitation Centre is the Bornean Sun Bear Conservation Centre. The centre rescues sun bears from the effects of pet trade, deforestation and commercial hunting.

Distinguished by the gold stripe on its chest, the Sun Bear is the smallest bear species on the planet. Visitors to the centre can enjoy seeing the bears eating or napping. 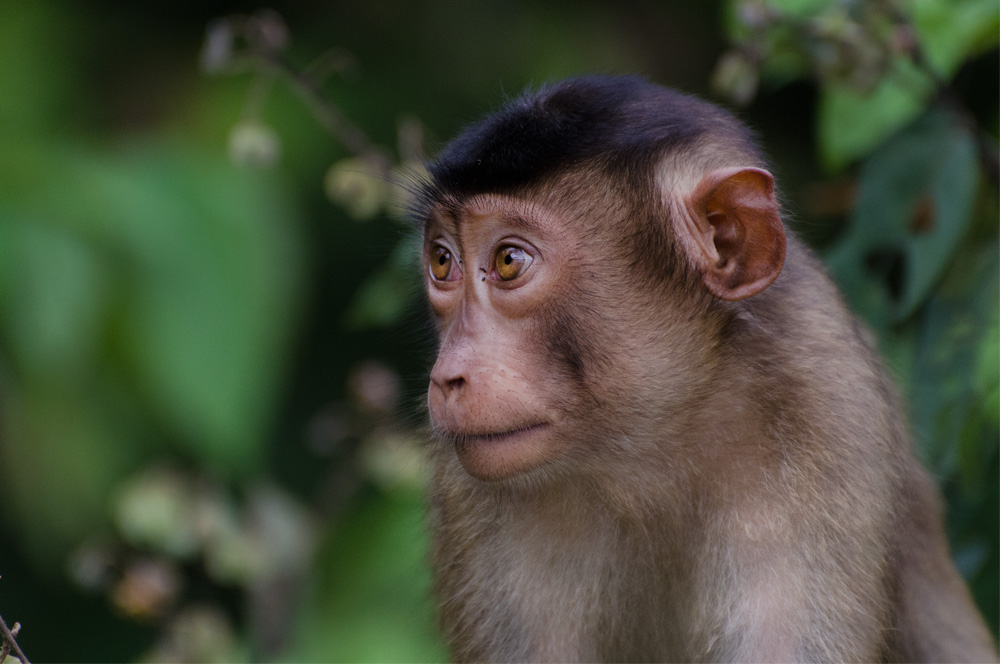 The Maliau Basin is one of the few places on the planet that remains completely free from human activity. Surrounding Maliau River, the basin forms an almost self-contained forest and ecosystem. Nature enthusiasts are drawn here by sections of the vast reserve that are still unmapped and unexplored.

Enjoy days of wilderness trekking far away from civilisation – just you and nature. Visitors can go hiking to the peak which rises to 1,675 meters, swim in the Maliau Falls and spot wildlife.

Birders will find their niche in Sabah, a bird watching haven. Around different times of the year, over seven hundred resident migratory and endemic bird species call the island home.

Even if you’re not a bird enthusiast, you are bound to be impressed by the abundance and diversity of species. The most distinctive of all is the hornbill which is so named after the unusual helmet-like feature above its beak. Borneo boasts 8 hornbill species. 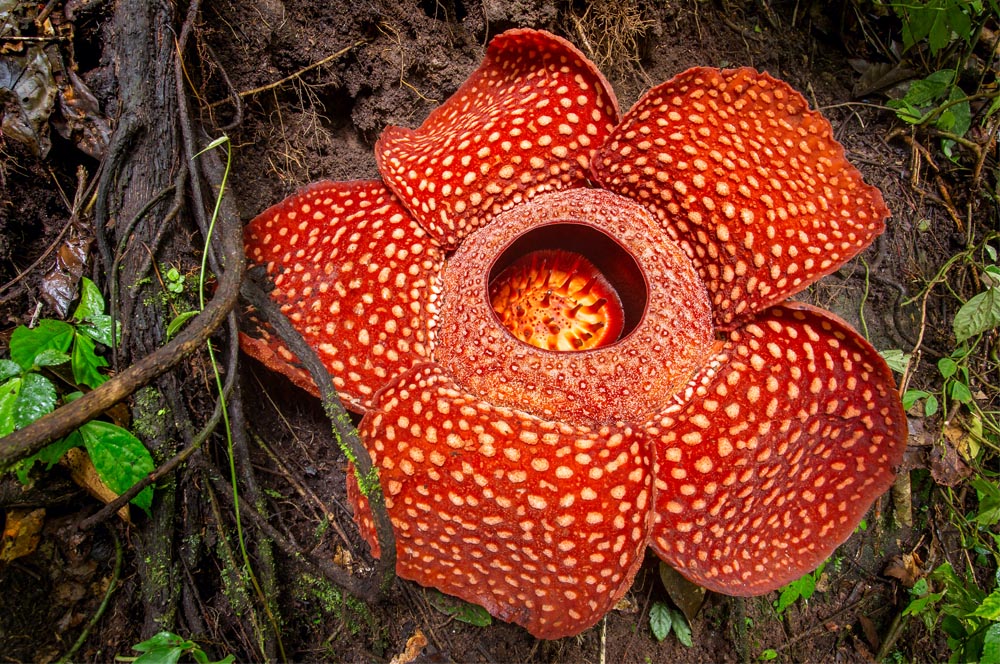 Borneo is home to two unusual flowers that grow in Kinabalu Park. The giant carnivorous pitcher plants release nectar to attract bugs into their cavity. They then use a fluid to digest the insects as a food source.

The Rafflesia flower emits an unpleasant odour similar to rotting flesh which attracts insects to spread its pollen.

Located in the Sulu Sea, Turtle Island Park is a sanctuary for endangered hawksbill and green turtles. Visitors to the park have the rare opportunity to observe the turtle landings. The island also has a turtle hatchery and offers basic accommodation. 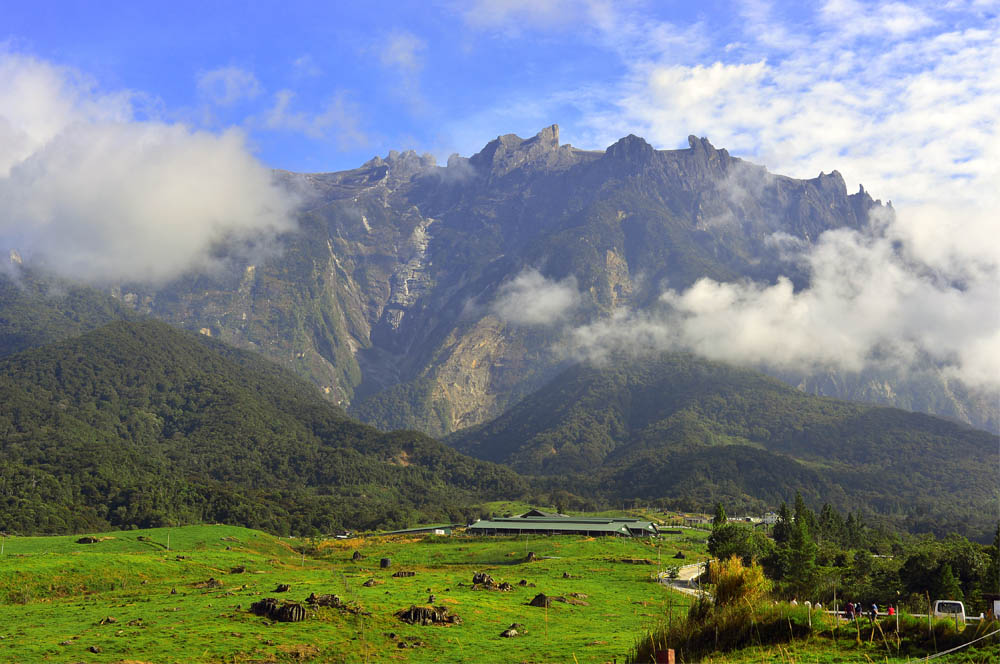 Kinabalu Park is a UNESCO World Heritage Site that surrounds Mount Kinabalu. The tropical park is a melting pot of biodiversity forming thousands of habitats for plant and animal species. Over five thousand plants call the park home including colourful orchids such as the Rothschild slipper orchid.

The striped flower is among the rarest and most expensive orchids in the world. The park is also home to more than 300 birds, 100 mammal species and several monkey species. 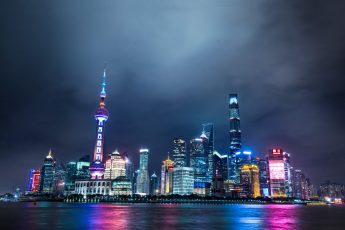 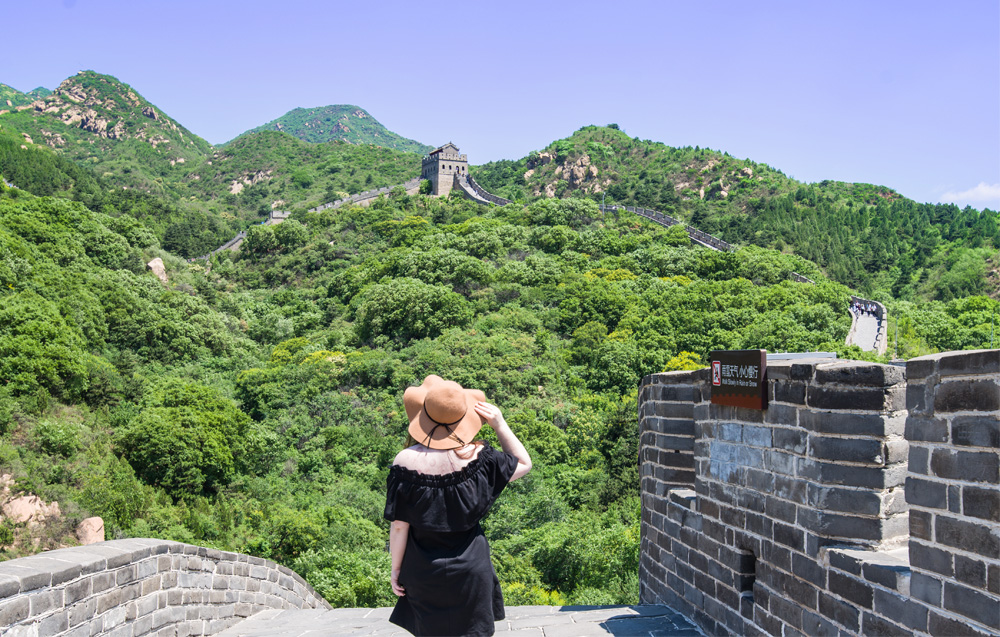 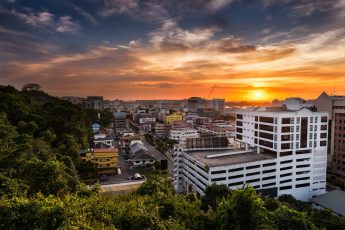