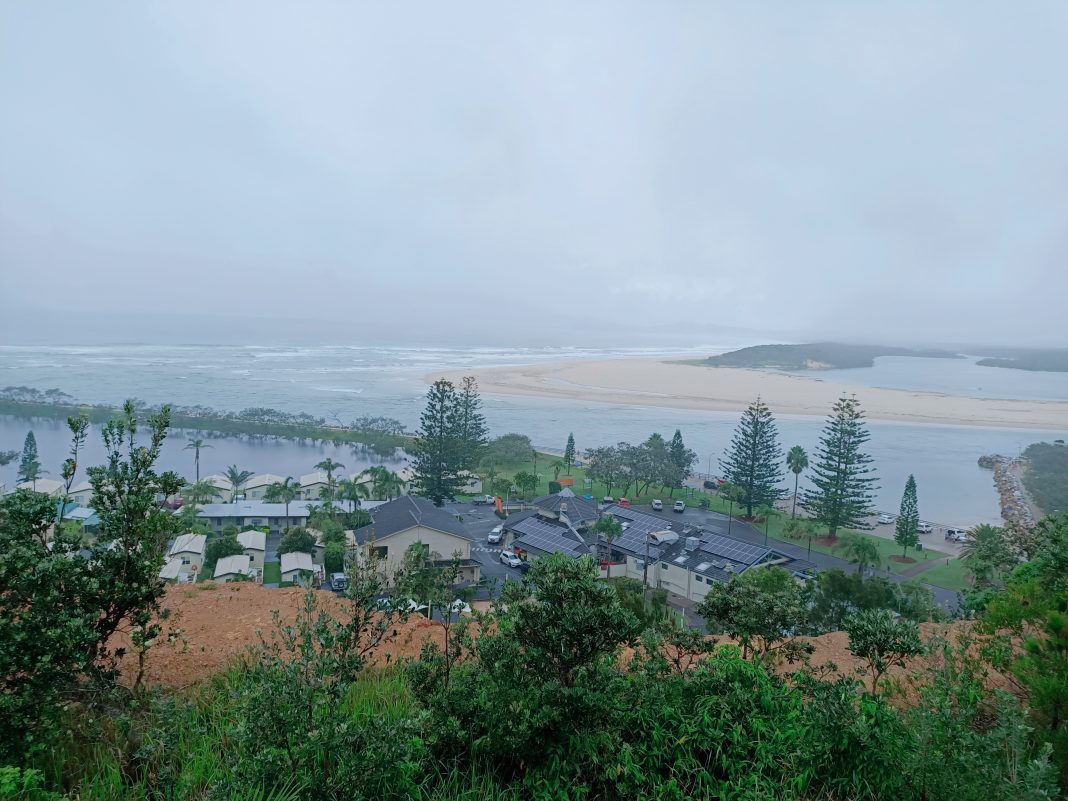 I write this to you at 6am, sitting at my computer desk in our home for the first time in what seems like forever.

The corona virus pandemic, as our media is calling it, is starting to really come into its own in the city. I returned to work this week after a much needed holiday and have really noticed social distancing coming into effect. 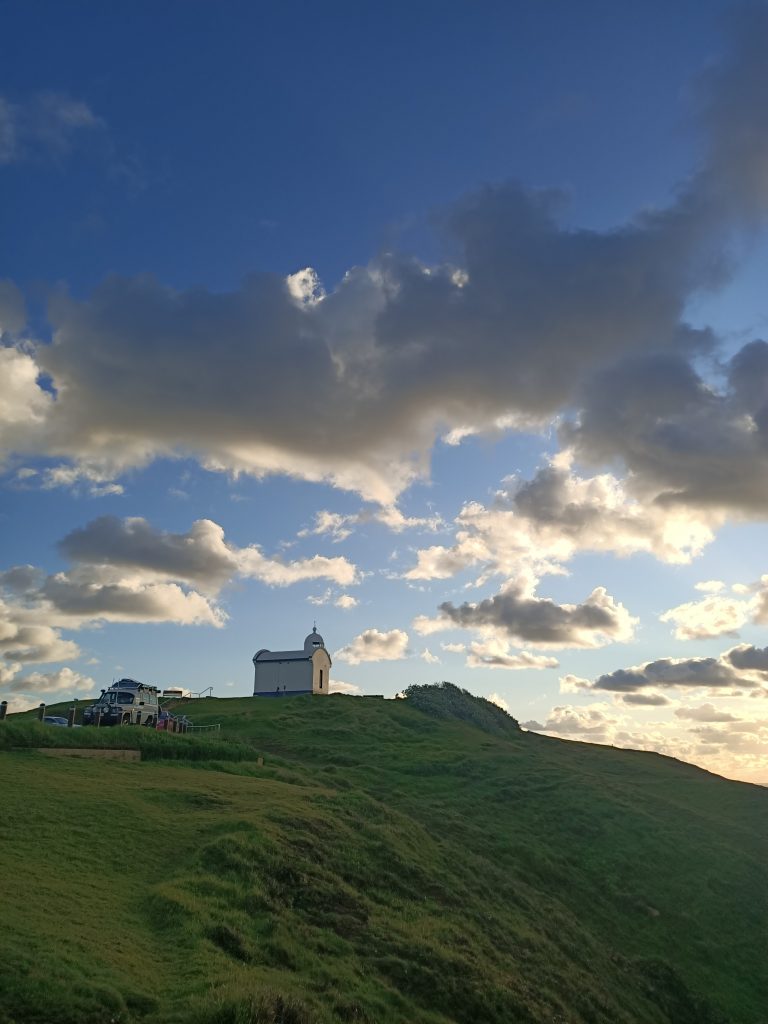 Someone coughed on my bus the other day and I’ve never seen so many people stand up and rush to the front. While on one hand I can see the reasoning, on the other hand it seems a little ridiculous.

However I caught myself doing something similar later on in the week. A lady in the seat across the row from me starting coughing and I turned and stared out the window so any droplets of her cough wouldn’t fly across to my face. I stared firmly out of that window for the remaining 15 minute drive.

Some friends of mine have begun exclusively driving into work, and everyone I know is cutting social interactions where not necessary. Now that the road trip is over we only really leave the house from this week onwards for grocery shopping, drop offs and work. 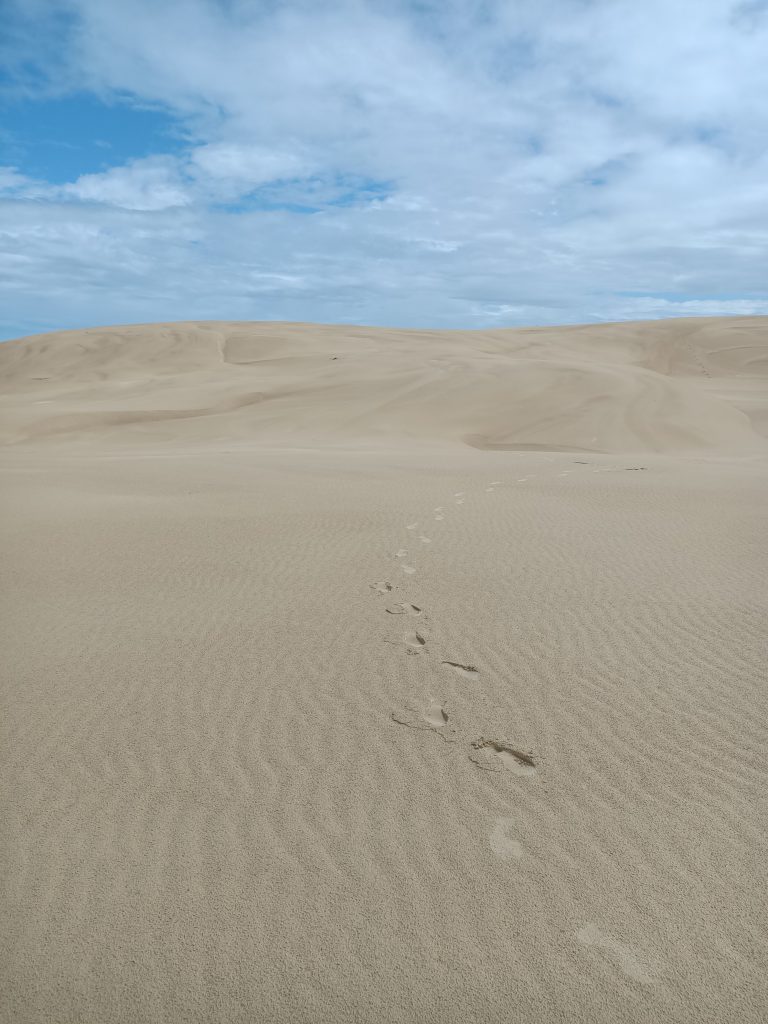 I have seen in the news just how many people are loosing their jobs right now, especially in the tourism industry and my heart goes out to you. I couldn’t imagine what you’re going through and I hope this whole thing recovers quickly. I think its so amazing that certain banks have offered to put pauses on home loans for those who have lost their jobs, something I never would’ve thought would happen.

I am very fortunate to be in the line of work I am, where I have good job security, even in times of crisis. This whole situation is scary though, and like many of you I am preparing for the worst just incase. I am not so much worried about the virus, but the effect this is going to have on the economy. We’ve started living very frugally incase anything unexpected comes up.

Again, luckily with my day job, even with a city wide shut down I will be one of the lucky ones who can keep working due to the type of work I do. I feel very grateful.

One thing that is interesting to come out of all of this is seeing the different effects the crisis is having on blogs I have in different niches. While travel is tanking right now (which I’m sure is stating the obvious), blogs I have in other lifestyle niches are ranging from small increases to doubling in traffic.

My cooking blog had been doing really well prior to the crisis, but now its really taking off especially the simpler recipes. I think its because a lot of people are cooking from staples and non perishables at the moment. 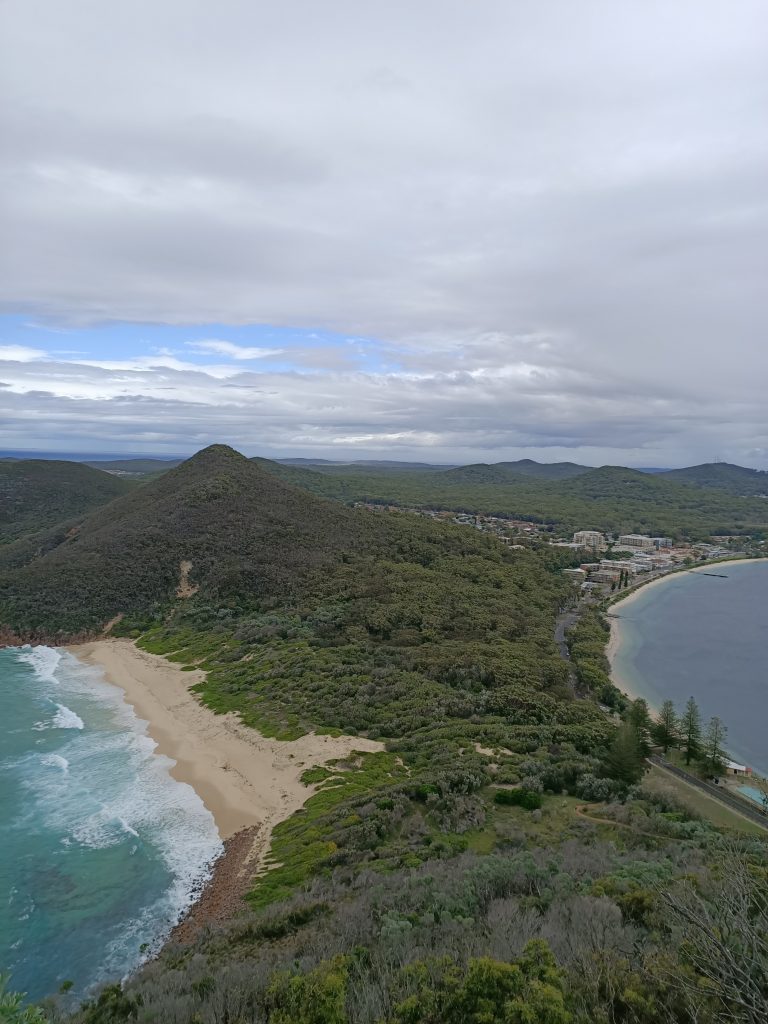 I’m fortunate to have done a large grocery shop before we left for our trip and easily have a months worth of food on hand. Toilet paper is non existent in supermarkets, but I have enough to last for a few weeks. That seems to be a massive concern here, which baffles me. Same with rice, which I understand a bit more. The supermarkets here are opening an hour early for the disabled and elderly, to give them a fair chance of getting supplies.

It’s honestly so crazy with the panic buying, and it just creates worry for those of us who carry on with their normal grocery shopping routine. They’ve put limits on basically everything in the store which is a direct result of the small few panic buying, and others who bought up a ton of stock to sell at higher prices online.

I’m not sure what you all are going through in the US, and elsewhere but Australia has not implemented shutdowns. Our streets are still full of people, albeit some quirks of the new social distancing rules. There have been rumours of a shutdown and a widely spread hoax featuring false statements from the government. However as confirmed by the government, its not a step they need to take right now. 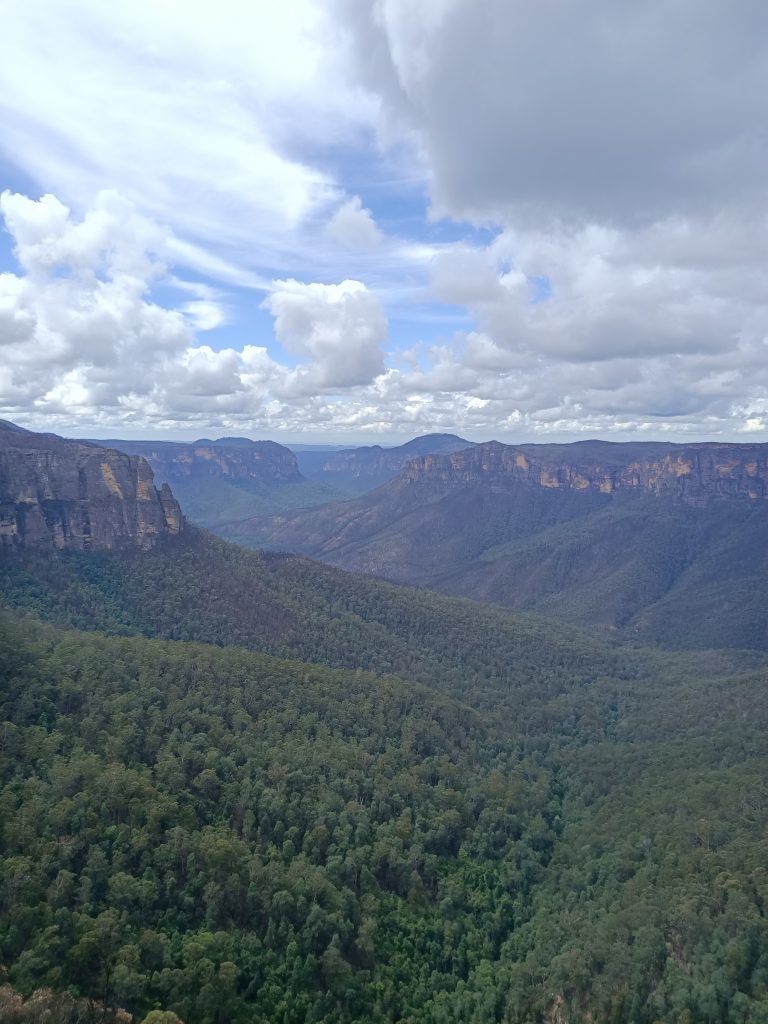 I am not too worried about catching the virus, I have a good immune system and I am fortunate that I’ll receive paid leave if I have to self isolate or get sick. I am however actively avoiding getting the virus (duh), because while I would be fine, there are many in our community and in my family who wouldn’t. So like many or you, I have weeks or months ahead of only going outside when necessary.

I was actually meant to fly to Italy a few weeks ago, which obviously didn’t happen. I changed my plans very last minute, as the government warnings changed and cancelled my trip. I was affected by the Fly 365 collapse, however was one of the lucky ones whose tickets they actually purchased. Emirates graciously offered to take over my booking from the now defunct travel agency and I now have flights to Vietnam booked for much later in the year once things are (hopefully) back to normal.

As things have gotten even worse now, with borders closing and flights stopping, I’m glad I chose not to go as it would have been a disaster. 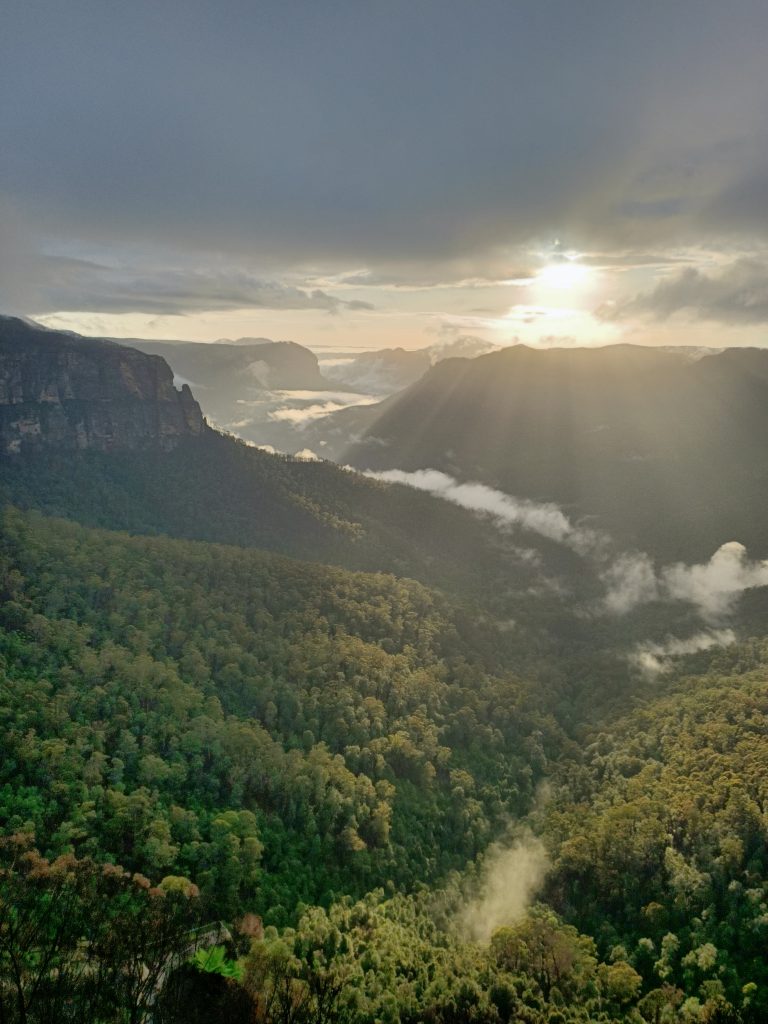 We spent that time instead traveling around New South Wales, spending a decent amount of time in the blue mountains near Sydney. I had such a great time on this trip, except for driving in Parramatta, which honestly I’ve never enjoyed. So much road rage there. We had a fair few of the spots to ourselves, and others we shared with only a few other people.

I don’t know about you but after traveling for so long I had a period of time where I was just over it. You tend to get jaded after a while, and honestly I didn’t think that much could wow me anymore. The blue mountains however are jaw droppingly gorgeous.

I remember driving up a steep dirt road in the car wondering if it was worth driving to, when all of a sudden we reached the top of the hill and I got that feeling I haven’t had in a while, of just being so in awe of what I could see. And that feeling repeated with every lookout we drove to. 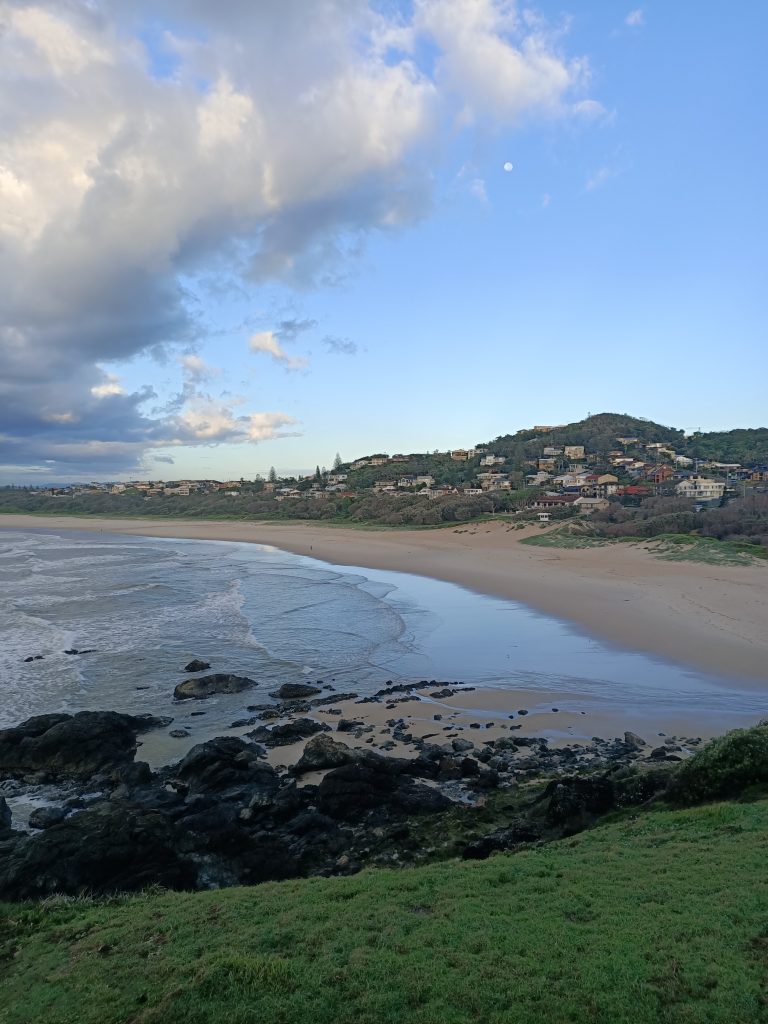 The Blue Mountains are definitely in the top 5 of everything I’ve ever seen in all the countries I’ve visited. Right up there with Machu Picchu, Lauterbrunnen and anywhere else where nature just casually pops out its glory to say hey.

We even managed to find a hidden viewpoint at one of the less popular lookouts. We literally had to climb through two fallen trees to get there. Honestly its not that hard to find, but if you didn’t know it was there you wouldn’t think to walk through the forest.

When I first saw it on Instagram I assumed it was photo-shopped because it just looked that way, but its real and apparently its where people run off to do hang gliding, or atleast they used to. We were going to stay for sunset, but there was a weird vibe to the spot so I just wanted to take some pictures and leave.

By the way, all of these pictures are just quickies from my mobile, I will upload proper photos with edits once I write a proper post. 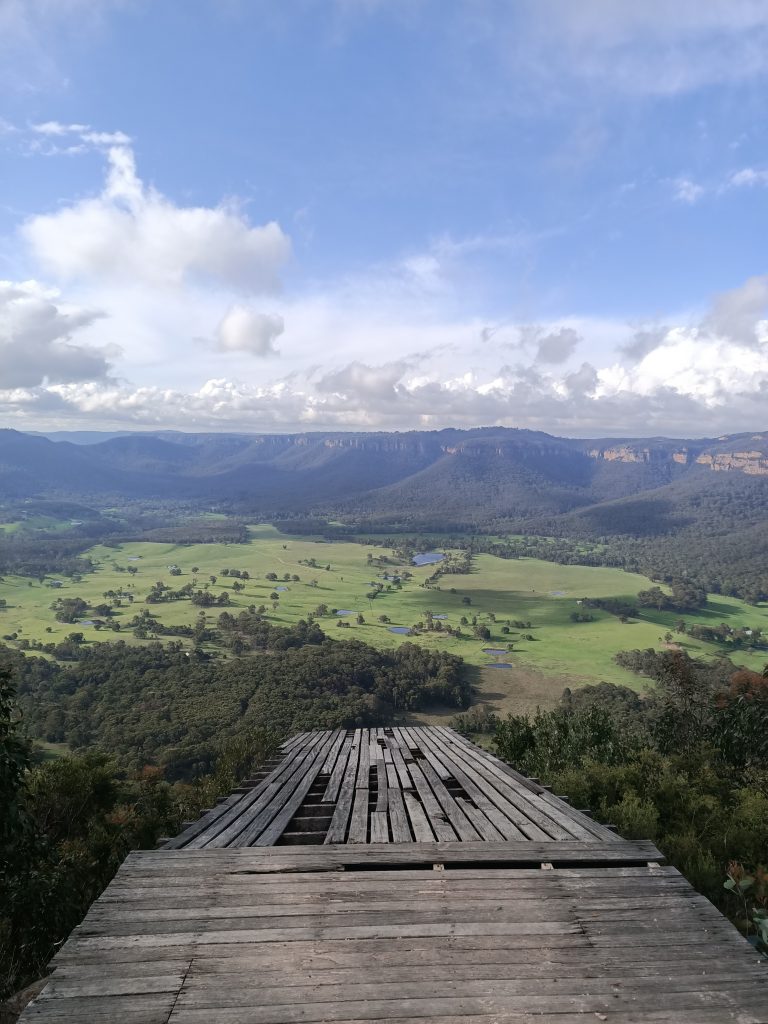 I will be writing up some posts soon to cover the road trip and all the destinations I stopped at, but it hard to write when I know no one is really thinking about travel at the moment with so many more important things going on.

Anyway I hope everyone is hanging in there and fingers crossed this will all be over quickly.